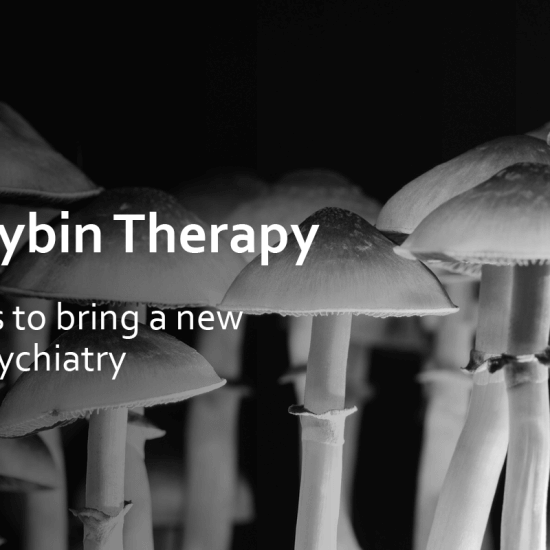 Depression is the leading cause of disability and ill health worldwide1, estimated by the World Health Organization to affect about 320 million people.1 The incidence of depression has increased during the COVID-19 pandemic, as reflected in increased prescriptions of antidepressant medications.2 Even the best-performing antidepressant drugs show modest efficacy and discontinuation problems, highlighting the need for new and improved treatment.1

Psychedelic treatments for clinical depression
Psychedelics (serotonergic hallucinogens) are powerful psychoactive substances that change perception and mood and affect numerous cognitive processes. They are generally considered physiologically safe and do not result in addiction.3

Psilocybin, a psychedelic substance, is an active ingredient found in some mushrooms, often called ‘magic mushrooms’.1

According to Prof Guy Goodwin, the chief medical officer at COMPASS Pathways, the mental healthcare firm that led the trial conducted at 22 sites across the UK, Europe and North America, and a professor of Psychiatry at the University of Oxford, the results from the largest clinical trial yet into psilocybin and depression were described as “exceptional”.4 The combination of expertise, specialist clinical service, research cohorts and National Institute for Health Research (NIHR) Maudsley Biomedical Research Centre infrastructure has placed the UK in an optimal position to test psilocybin therapy as a new treatment for treatment-resistant depression.5

Psilocybin therapy combines the pharmacological effects of psilocybin, a psychoactive substance, with psychological support.1 Psilocybin reacts agonistically with serotonin (5-hydroxytryptamine) type 2A (5-HT2A) receptors to produce a “mystical-like” hallucinatory effect due to induced frontal hyper-frontality, which in turn mediates its anti-depressant and anti-anxiety effects. Its anti-depressant action involves deactivation or normalisation of the hyperactivity of the medial prefrontal cortex (mPFC).6

Several studies conducted in pioneering academic centres have shown that psilocybin could be a safe and effective medicine for patients with depression, anxiety, addiction and other mental illnesses when administered with psychological support from specially trained therapists.1 People who responded to psilocybin-assisted therapy showed increased brain connectivity not just during their treatment but up to three weeks afterwards.7 According to researchers, similar changes in brain connectivity were not seen in patients treated with other conventional antidepressants, suggesting that psychedelics work differently in treating depression.7

COMPASS Pathways has developed a synthesised formulation of psilocybin, COMP360, and is investigating the effectiveness of psilocybin therapy, on several conditions, such as-1

According to this exciting research by COMPASS Pathways, psilocybin therapy holds promise as a new future treatment option in psychiatry – not only for depression, but also other debilitating psychiatric conditions.

Depression is a common mental disorder and is a major contributor to the overall global burden of disease. A new look at psychedelic compounds has allowed researchers to think outside of the box in treating mental health disorders. Over the last few years, the psychedelic industry has been growing rapidly and psychedelics are evolving with regard to their therapeutic potential. Moreover, the growing public acceptance of these substances has also made it easier for companies to sustain themselves in the public markets. As the number of psychedelic companies continues to grow, so do the chances of developing new medicines for effectively treating some neuropsychiatric and neurodegenerative diseases.8

Here at Solaris Health, we flourish in areas of unmet clinical need and would love to hear from you about your next challenge in medical communications. Get in touch via hello@solarishealth.com or visit our website: https://solarishealth.com/

< BACK TO NEWS & INSIGHTS